Leviathan and the poor 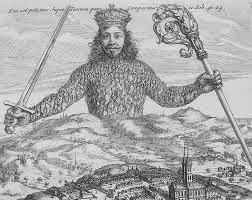 For many, the ultimate goal for society should be to reduce inequality and in the long run, eradicate poverty. Throughout the 20th & 21st centuries the goal of combating the great evil of poverty has been the task of the ever expanding state. Particularly in the 1960s and 1970s the so-called 'revolutionary' years the state in Britain grew dramatically, not just in terms of building Clement Atlee's 'new Jerusalem' but also, despite going through a period of dismantling an empire a significant set of new military commitments as a result of the Cold War. To support the burgeoning state the course of the 20th century saw the abandonment of gold based currency; however it was the Breton Woods conference in 1944 that finally saw the rise of the dollar empire and the Keynesian economic maelstrom that provided the final nail in the coffin for sound economics. Large periods of time are difficult to generalise about but during the course of the 1980s, 90s and 2000s the neo-liberal debtocracy economic paradigm has been a polarising force. Whatever the result of this process, the reaction of British society has been complex. Despite an emphasis on liberal values both social & economic, government spending has risen dramatically. However, still there are those who demand the state does more to eradicate poverty. In The Precariat the New Dangerous Class (2011) the author Guy Standing laments the rise of a new fragmented at socially detached lower class. Earlier this year Thomas Piketty published a damning account of the state of contemporary capitalism. Ultimately the millions of people in Britain who have not benefited from the Corporatist nature of modern Britain are being held down by the government, not supported by it. Despite a century of failure and financial trickery, there are those that call upon the government to free society from the shackles of penury. As a result of this fact it is necessary to take a brief look at how contemporary Britain makes life hard for its most disadvantaged citizens.


Only Two Things are certain in Life...

This article will first outline these hidden taxes that represent a large cost for those on low wages. For obvious reasons pushing up taxes in unpopular and it has supposedly been an achievement of the current coalition government to have taken many low paid workers out of tax. However the use of stealth taxes through inflation and a whole plethora of fees and costs that are mandatory for most British citizens are a huge blow to those on low wages. In her seminal book Atlas Shrugged, Ayn Rand outlined how without being able to help ourselves, contributing to society is a great moral evil.

“You will see the rise of the men of the double standard- the men who live by force, yet count on those who live by trade to create the value of their looted money- the men who are the hitchhikers of virtue. In a moral society, these are criminals, and the statutes are written to protect you against them” Ayn Rand, Atlas Shrugged.

Mandatory taxation, the blood that courses through the veins of the modern state, is a terrifying obstacle to young people, the long term unemployed, single mothers ( childcare in the UK can cost up to 40% of household income) and any group hoping to enter the arena of the workplace. Supposedly, for those on low wages £10,000-£20,000 per annum are lucky that the government only demands 10% of their earnings. This is not a tiresome tirade against inequality in our society, but a mere observation that any contribution that we are forced to make towards the state is not only immoral but fiducially crippling. That is not to say that it is morally acceptable that government coercion demands taxes from anyone. Yet for those who earn little, it takes a more sinister dimension. It is as if the great leviathan is literally scraping the bottom of the societal trough for any scraps to fill its already bloated and rotten stomach. Although leviathan's quest to nourish itself does not stop at taxation. It continues in the form of mandatory payments. Council Tax, Road Tax, National Insurance Contributions, Television Licences, artificial price controls on alcohol and cigarettes etc. This list could go on and on, but the illusion that the British State helps those who earn little is one that surely must be eviscerated. Chris Snowden of the Institute of Economic Affairs states that the poorest 20% of households in the UK spend 22% of their disposable income on 'Sin Taxes' (added taxes on alcohol, cigarettes and gambling outlets).
There will be many that claim that the public services the government provides more than justifies the forced contribution of millions of British workers hard earned wages. It seems that many perceive giving a proportion of our labour over to the state as a vital prerequisite to existing in our society. It is impossible to say whether a state run institution is 'good value for money'. The simple fact that the fortunes of that particular enterprise are back up by the government, an entity that feeds of the sweat of its subjects ensures there can be no objective costs or profits. Essentially, once the leviathan commits itself to provide a service then assessment in any usual way is mere speculation

“The question is: market economy, or socialism? There is no third solution. The notion of a market economy with nonmarket prices is absurd. The very idea of cost prices is unrealizable. Even if the cost price formula is applied only to entrepreneurial profits, it paralyzes the market. If commodities and services are to be sold below the price the market would have determined for them, supply always lags behind demand. Then the market can neither determine what should or should not be produced, nor to whom the commodities and services should go. Chaos results.”-Ludwig Von Mises, Human Action

It is therefore an intellectual exercise to satisfy government bureaucrats and statisticians. To suggest people have a compulsion to uphold the British state is at best a fallacy and at worst an act of repugnant extortion. Particularly for those who struggle to support themselves and their families. 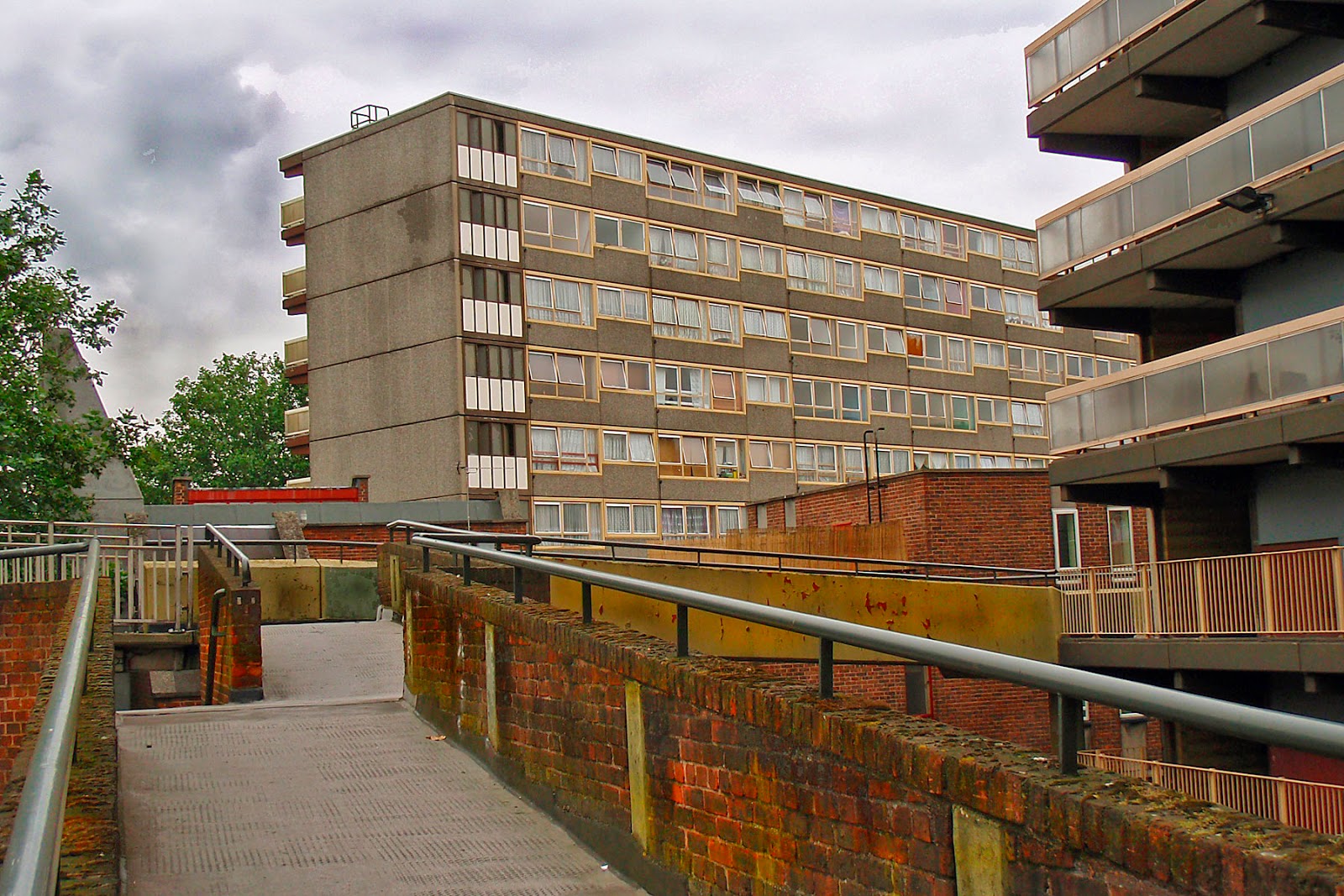 It is the provision of services where we turn to next. Even foods and services provided outside the remit of government feel the tight grip of leviathan. Britain's poor and disadvantaged are financially assaulted even in the private sphere. Food, fuel, travel and housing are all affected by government intervention. Over the course of the past 4 years wages have increased only 6% compared with CPI inflation rising 13%. In a free market society when a commodity is in demand, it is supplied. When a commodity is demanded at a lesser cost manufacturers comply. However in our modern state the power of markets to push down prices has been ruthlessly distorted. It is the iron hand of Central banking and government planning that deals a heavy blow to those on low wages. It is not possible to detail the Byzantine machinations of the modern financial system here. Although let us be clear about the consequences of a century of state capitalism. Low interest rates pushing up prices and making borrowing impossible for those outside the financial elite. Centralised money policies tailored to suit a globalised maquiladora economy refusing to let leviathans favourite companies go out of business and state of almost permanent inflation. All of these processes have made it a particularly inhospitable climate for Britain's low wage economy. In reality it is not glutinous capitalists that spit in the face of the poor but government bureaucrats. Carmen Reinhart and Keneth Rogoff point out that it is the fault of central monetary authorities that to ruin entire economies, the subsequent recession often hurting the poorest in society first.

In the run-up to the recent crisis, in the case of rich countries one of the main this-time-is-different syndromes had to do with a belief in the invincibility of modern monetary institutions. Central banks became enamoured with their own versions of “inflation targeting,” believing that they had found a way to both keep inflation low and to optimally stabilize output”..... “Policies that appeared to work perfectly well during an all-encompassing boom suddenly did not seem robust in the event of a huge recession”-Carmen M. Reinhart & Keneth S. Rogoff, This time is different.

What the final results of the distorted economy will be is the subject of debate, yet surely we can agree that for millions of people in the UK living with Leviathan can be a nightmarish ordeal. As well as collectivist economics providing a challenge for British citizens. State planning refuses to allow the supply of adequate housing to flow to those that demand it. In conclusion these 'stealth taxes' produce noxious and infuriating smog of high prices and political rhetoric.
Posted by Unknown at 14:22